Question 1
An app team is developing a mobile banking app. It took them two months to create their own APIs to access transaction information from a central database.
The app team later found out that another team had already built an API that accesses the transaction information they need.
According to MuleSoft, what organization structure could have saved the app team two months of development time?

Question 2
Refer to the exhibits.

The main flow contains a Flow Reference to the child flow.
A web client sends a GET request to the main flow's HTTP Listener that includes a make query parameter.
What values are accessible in the child flow?

Question 3
Refer to the exhibits. A web client sends a POST request to the HTTP Listener and the Validation component in the Try scope throws an error.
What response message is returned to the web client? 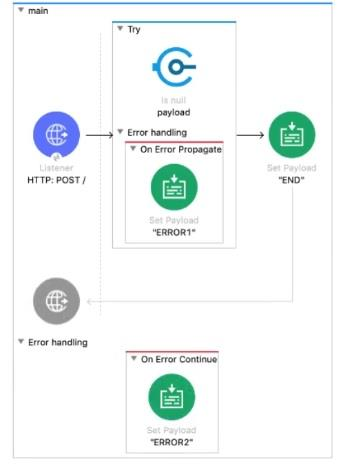 Question 4
Refer to the exhibits. The main flow contains an HTTP Request in the middle of the flow. The HTTP Listeners and HTTP Request use default configurations.
A web client submits a request to the main flow's HTTP Listener that includes query parameters for the pedigree of the piano.
What values are accessible to the Logger component at the end of the main flow? 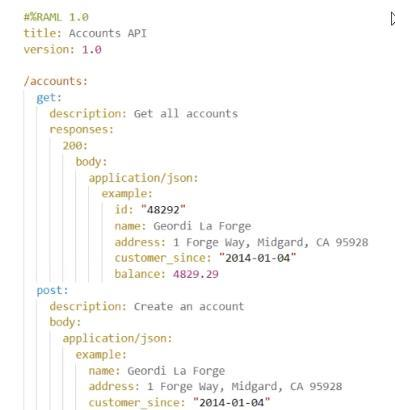 What data is expected by the POST /accounts endpoint?

Question 6
What is the correct syntax for a Logger component to output a message with the contents of a 3SON Object payload?

Question 7
Refer to the exhibits. 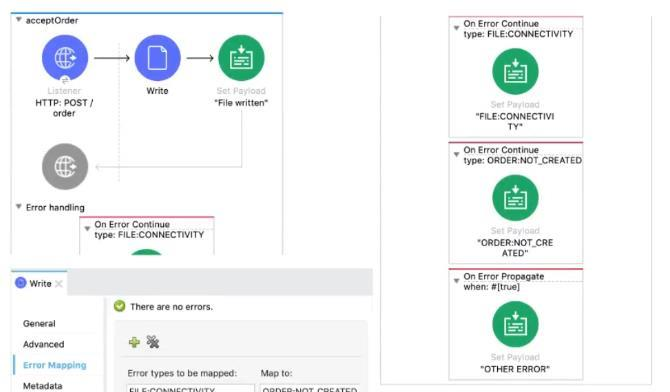 A web client sends a POST request with the payload  to the Mule application. The File Write operation throws a FILE:CONNECTIVITY error.
What response message is returned to the web client?

Question 8
A Mule project contains a DataWeave module called MyModule.dwl that defines a function named formatString. The module is located in the project's src/main/resources/modules folder. What is the correct way in DataWeave code to import MyModule using a wildcard and then call the module's formatString function?

Question 9
A web client sends a request to http;//localhost:8081?dept=sales. What is the correct DataWeave expression to access the value of dept?

Question 10
Refer to the exhibits. 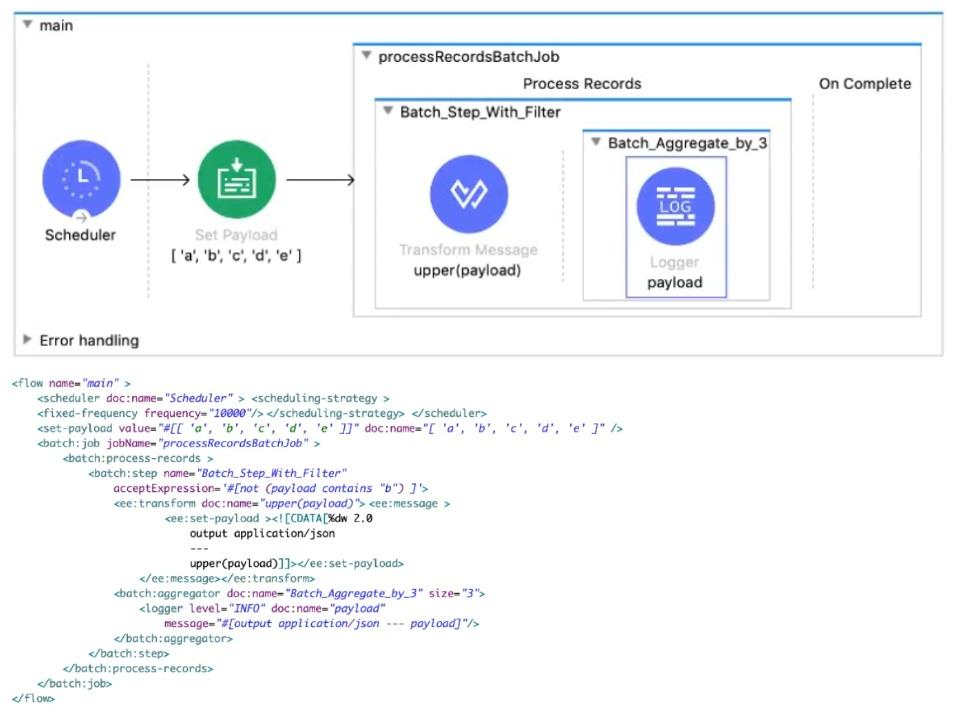 The input array of strings is processed by the batch job that processes, filters, and aggregates the values.
What is the last message logged by the Logger component after the batch job completes processing?