Question 1
What is a benefit of using Python virtual environments? 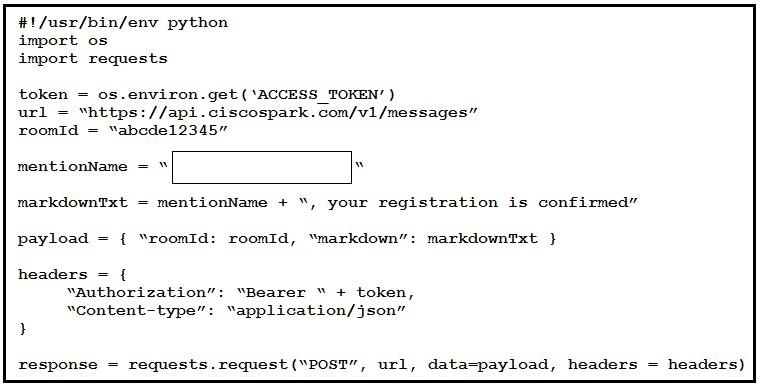 Refer to the exhibit. Which code snippet is used to mention the bot [email protected]?

Question 3
DRAG DROP
An administrator is creating a script using the Python xAPI over WebSockets (pyxows) library. The goal of the script is to capture an event generated by a UI Extensions action button (former In-Room Control Panel). When the action button is clicked, the script displays an alert that says that the button ID was clicked. Drag and drop the code snippets into the locations to complete the script:

Question 5
Using the Finesse REST APIs coupled with the Finesse notifications, which two use cases can be accomplished? (Choose two.) 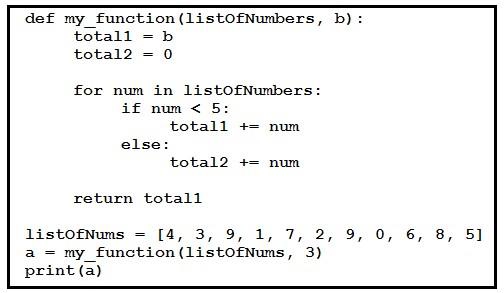 Refer to the exhibit. Which value of "a" is displayed when the Python code is executed?

Question 9
Which two files must be downloaded from a Cisco Unified Communications Manager server in order to build requests for the AXL API? (Choose two.)

Question 10
Which statement describe the function of the perfmonCollectCounterData operation used in the Cisco Unified Communications Manager Serviceability Perfmon API?