Refer to the exhibit. The task is to create a Python script to display an alert message when a Meraki MX Security Appliance goes down. The exhibit shows sample data that is received. Which Python snippet displays the device name and the time at which the switch went down? 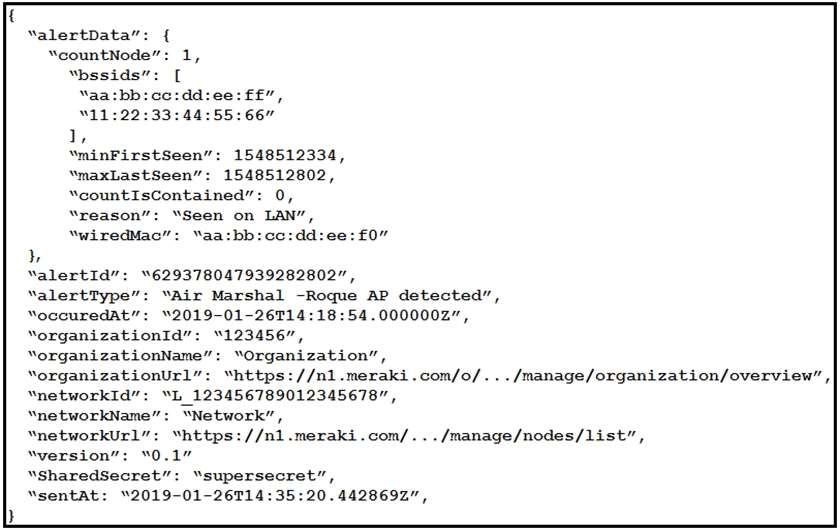 Refer to the exhibit. The goal is to write a Python script to automatically send a message to an external messaging application when a rogue AP is detected on the network. The message should include the broadcast SSID that is in the alert. A function called “send_to_application” is created, and this is the declaration:
send_to_application(message)
The exhibit also shows the data that is received by the application and stored in the variable return_val.
Which Python code completes the task?

Correct Answer: A
For number in range value is required for the application to send the alert. Bssids are also included.

Question 6
Which two features are foundations of a software-defined network instead of a traditional network? (Choose two.)

Correct Answer: BD
In traditional networks, control plane and data plane are coupled tightly. It also requires device by device configurations and of course, it uses physical hardware resources to function. Whereas, SDN is based on a software stack. In Cisco SDNs are automated through expressed intent to a software controller.

Question 8
What are two characteristics of synchronous calls to APIs? (Choose two.)

Refer to the exhibit. What is the result when running the Python scripts? 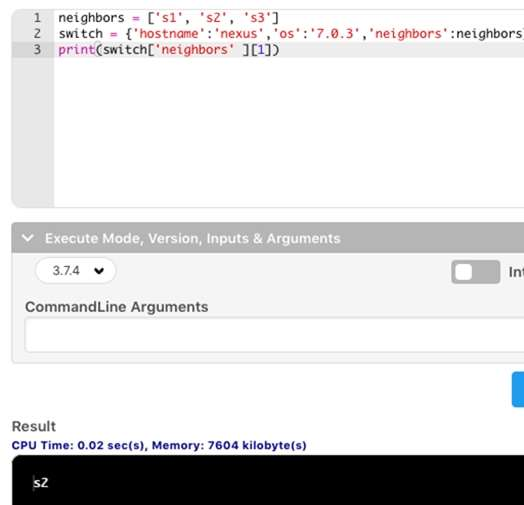 Refer to the exhibit. Which type of YANG container is described by the JSON instance provided?